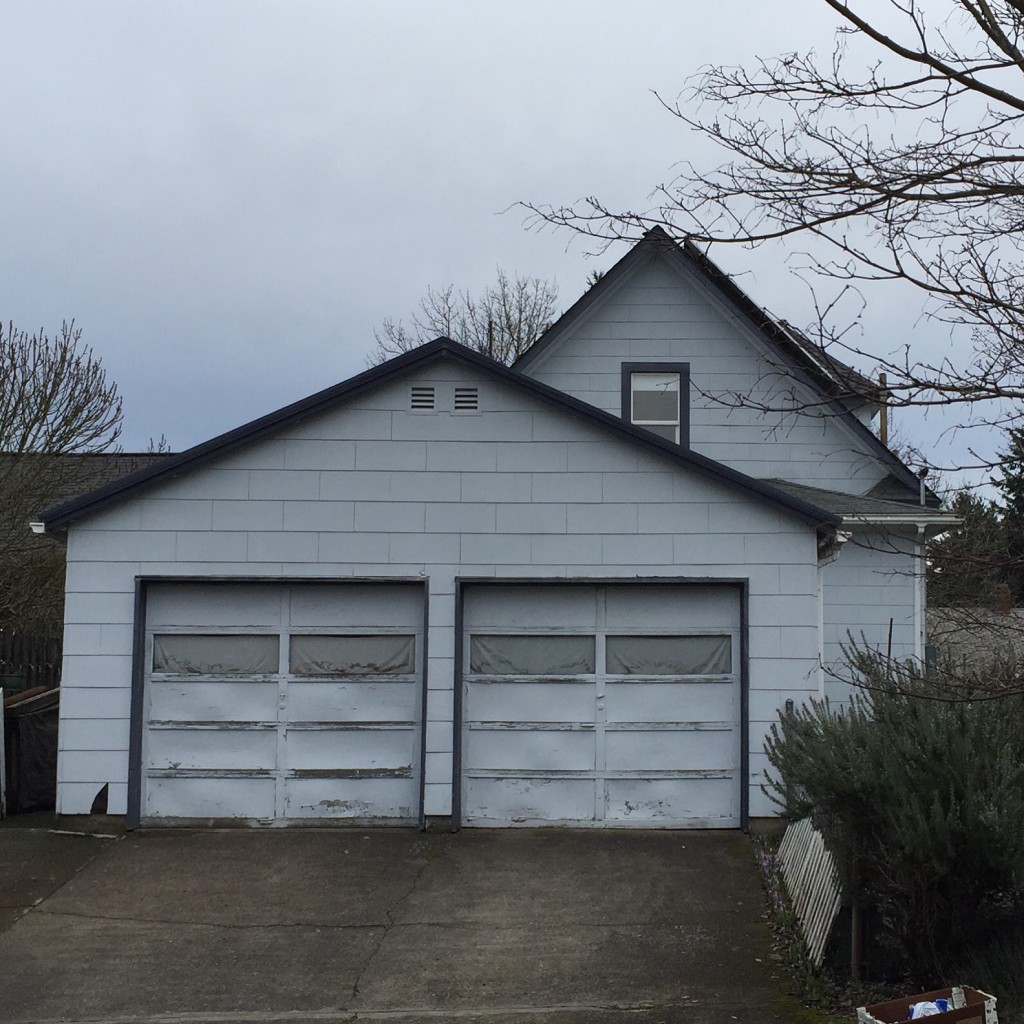 05 Feb 2016, Friday
Before Picture of the Original Northberry Garage built in 1964.
We have our plans.  We have our permits.
It is show time. 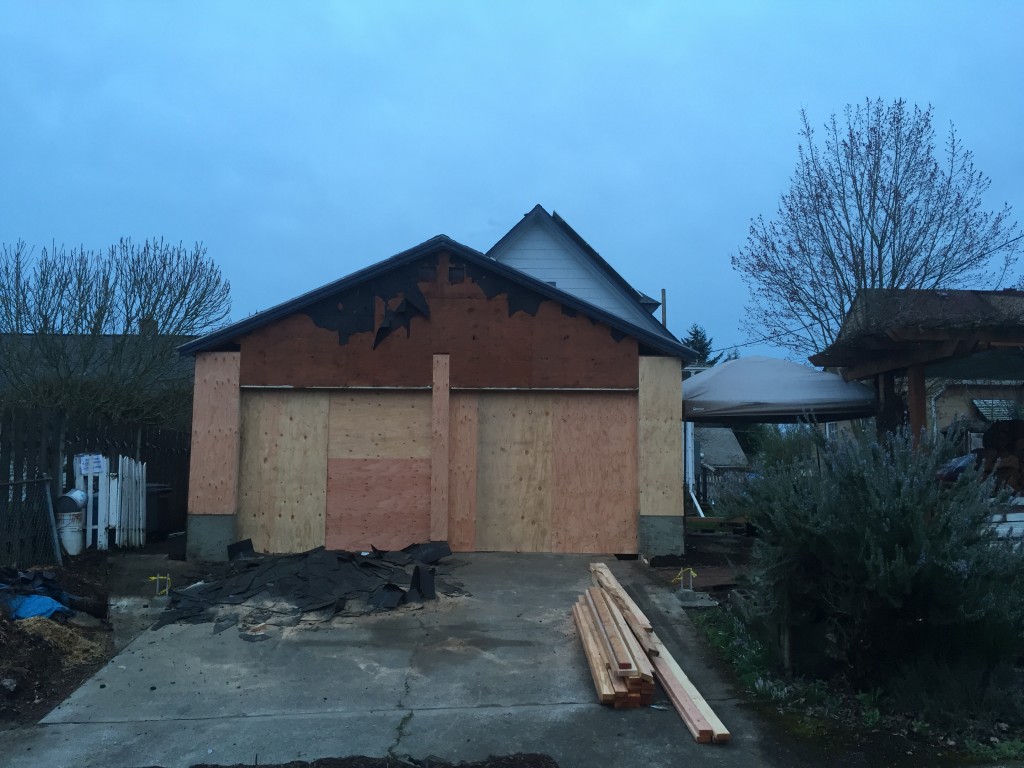 16 Feb 2016, Tuesday
11 days later: We have a porta potty. We have a dumpster.
The original siding has been removed. The footings on the west corners and the west face of the garage have been rebuilt/reinforced to handle the load of a second story.
The original garage doors have been removed and the framing secured to the existing foundation and they got a small start on removing the three layers of roofing. 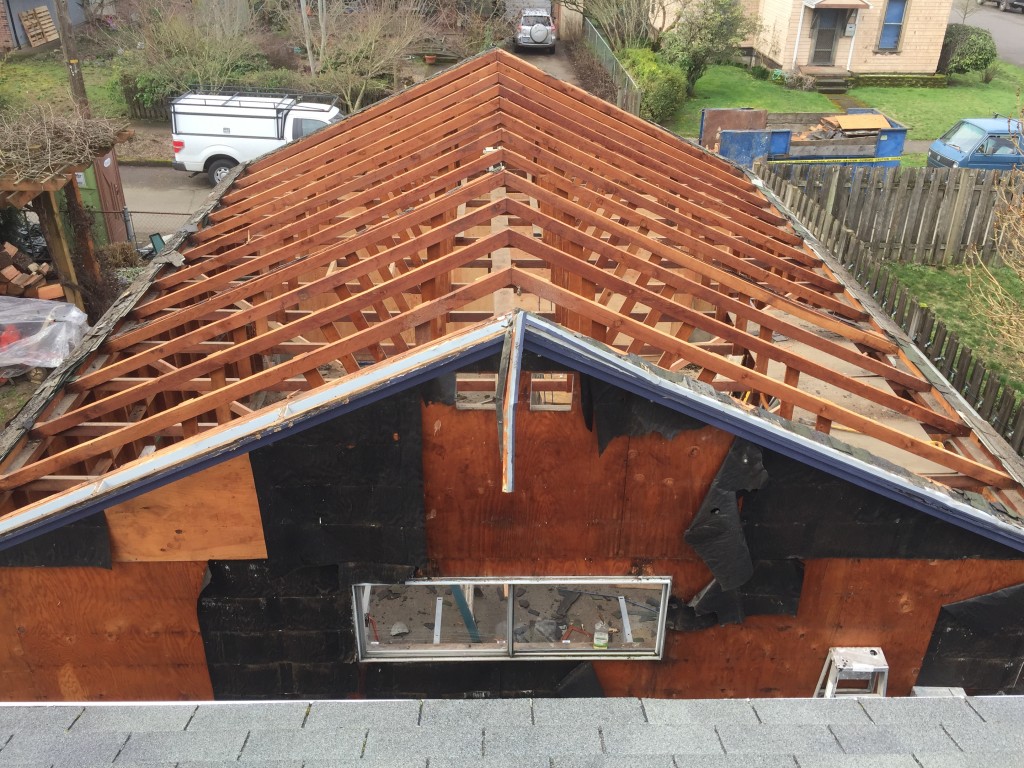 17 Feb 2016, Wednesday
WOW what a difference a day makes!
By noon all roofing and plywood has been removed. 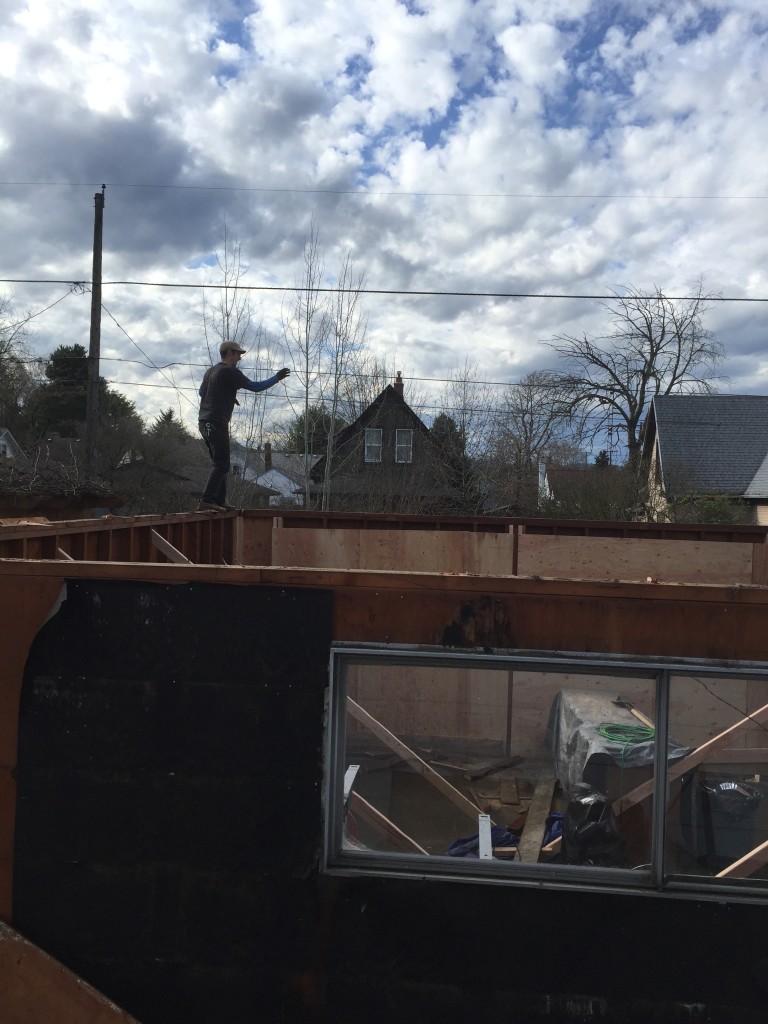 Not too much later the framing has been removed and now we have an open box.
And it is RAINING! But isn’t it exciting!
Stay tuned! Things are happening fast. View and book on Airbnb!